Here’s a small haul that I got from shoppers drugmart. 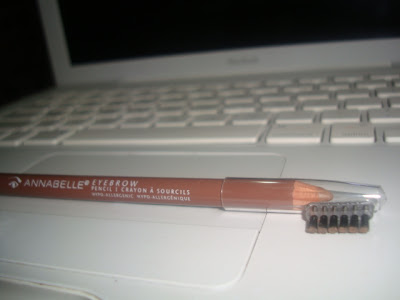 Fi-na-lly! I found my perfect brow pencil that I have been looking for, for so long! Ok, I do not like dark brows cause it doesn’t look good one me but this one is just perfectly not too light and not too dark. 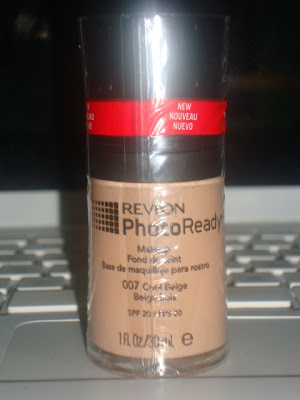 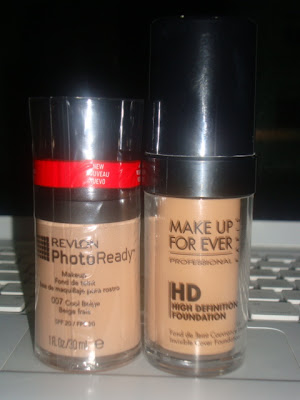 REVLON PHOTOREADY FOUNDATION in 007 COOL BEIGE (not my skin tone)

p.s. I took picture of the Revlon with the Make-up Forever foundation that I bought awhile ago because a lot of gurus on yt have been saying that they are comparable.

So I finally got my hands on the REVLON Photoready Foundation but unfortunately… guys… I chose the wrong colour just because I was in a hurry :( I’m so sad. I was super excited when I saw it on sale ’cause I’ve been literally eyeing this foundation for so long. I didn’t want to buy it ’cause I thought it was too expensive and I’ve never try any REVLON foundation yet. I wasn’t sure whether I should buy it or not. It was originally $19.99 in Canadian dollars but I got it for $14.99. But since a lot of familiar gurus on YouTube are positive about it and they seem to really like it, I had to… well, I just had to guys! I was so stupid to get the cool beige 007. I was gonna get the medium beige but since I couldnt choose and was in a hurry, I chose the cool beige anyways. :( I tried it on today and it actually is true that it gives you that airbrush look BUT my face was friggen WHITE! Yea. Another waste of money. Oh! Another thing! Kay I was stupid enough to not fully watch the other gurus review about it so I never knew it would be that shimmery and I was sooooooooooo disappointed. I do NOT like shimmers on my face, and yes I’m aware that a lot of people likes dewy look but I have an oily face so after 2 hours of applying foundation on, my face will naturally turn shiny. SO YES, that’s another fact that disappointed me.
SOLUTION: I will do some mixing, once again. I have a Make-up Forever Foundation HD that is too dark on me so I would probably just mix it up with the REVLON one. I’ll see and test if I will like the iridescent look that it gives and let you know about it. 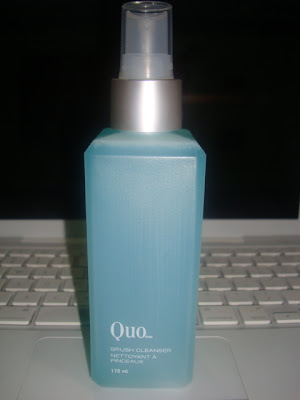 I use to have the Make-up Forever Brush Cleanser but I ran out of it. I needed a brush cleanser so badly but since I’m on budget, I had to buy a cheaper one. I got this cleanser for $11.99 CND.

-~= Thanks for taking your time on reading my blog. Don’t know if I will film this haul but we’ll see. I’m most likely to just do a review on each =)

A 23 year old accounting graduate, who has a passion for make up and fashion. I make youtube videos that focuses on how-to and style. Welcome to my blog!